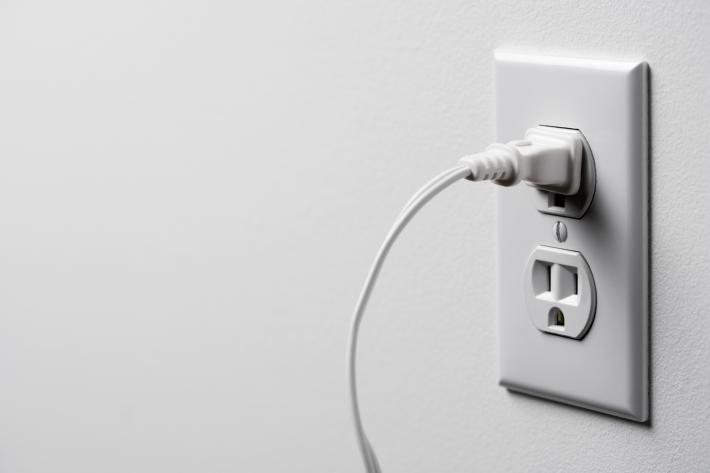 Baker Electric Solar’s energy efficiency mission isn’t just about installing solar powered electricity in homes and workplaces across San Diego. There’s so much you can do at home to reduce your energy consumption and eliminate unnecessary waste, thereby reducing pollution and saving money on your electric bill. As far as value for cost, these are the kinds of steps that are very worthwhile to bring your monthly energy costs down when you decided to install a San Diego solar power system.

Do you know how many different gadgets you have plugged into sockets around your home? It’s likely that 99% of the time, people forget how many electric devices they leave plugged in 24 hours a day. The electronic devices we love account for 15-30% of many home’s monthly electricity bill. What’s worse, nearly 75% of all electricity used to power electronics is consumed by products that are turned off according to the U.S. Department of Energy.

In other words, if you aren’t using it, just unplug it and watch your bill plummet! This can be easier said than done, so here are a few strategies to increase the convenience level of tackling these energy wasters. The goal is to make it easier to establish new, lower-consumption habits.

– Connect your TV, DVD players and stereo equipment to a power strip. Instead of just turning this equipment off, kill the whole power strip during working hours and sleeping hours.

– Do the same with scanners/faxes/printers/copiers and desktop computer systems. Keeping electronics in use clusters on power strips makes it easier to switch them on and off.

– Turn monitors off completely when not in use and be sure that automatic sleep modes are activated on your computers. Screen savers don’t reduce energy consumption, but turning off your monitor does.

– Unplug your laptop from the wall when it is shut down or on hibernate. Also, purchase laptops instead of desktops when possible. Desktops use considerably more electricity.

– When a phone or camera finishes charging, unplug everything from the wall.

– If you have many devices that you charge often, consider setting up a central charging station with a power strip so you can turn off multiple chargers at once.

– Turn video game systems off completely. In sleep mode, an X-box draws $120 worth of electricity annually, while PlayStation3 often costs 30% more. Just leave them in the “Full-off” position.

There are a number of other things you can do to reduce energy consumption in your home without sacrificing convenience, including looking at your lighting, insulation, and major appliances. But in terms of the easiest changes that will make a major impact without requiring much financial investment, this list is quite thorough. And as an added bonus, making your home more efficient will enable you to select a smaller solar powered electricity system for your home, if you decide to investigate the savings that solar could generate and want to eliminate your electric bill completely. In other words, there’s no reason to wait to start saving money by making these changes.