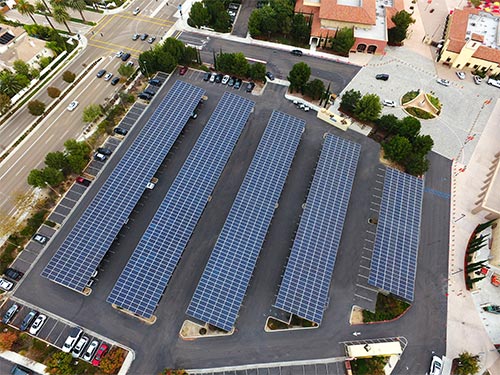 Solar Energy Panels sales and installations remain very strong with industry projections for the remainder of 2012 to additionally increase. This projection, according to the Solar Energy Industries Association (SEIA) most recent report, further indicates exceedingly robust job prospects for individuals considering entering the industry. As evidence, our own Baker Electric Solar is expanding our San Diego Solar efforts due to burgeoning enthusiasm and popularity in the Going Green conservation consciousness Californians are known for.

The SEIA report indicated job prospects due to impressive growth in the industry to be extremely strong, noting that the U.S. solar market grew by 45% from the second quarter of this year over quarter one. Further, the Association documented a 116% growth from 2012 over the same time period in 2011, a significant and impressive rate, particularly in the current economic climate. The report also posted 477 megawatts of utility installations during Q2 of this year, with eight states leading the pack, California among them. With 5,700 megawatts of installed solar capacity, upwards of a million households can now benefit from the green technology.

With continued growth projected in the industry, additional jobs are likely to be added to accommodate the solar energy panels’ industry expansion. According to Rhone Resch, president and CEO of SEIA, “More solar was installed in the U.S. this quarter (Q2) than in all of 2009, led for the first time by record-setting utility-scale projects,” adding “the U.S. solar industry is rapidly growing and creating jobs across America despite the slow economic recovery.”

Despite the obvious benefit to the environment that solar energy panels provide, initial costs continue to decline, making it more affordable than ever for homes, businesses, even utilities and the military to invest in. What’s more, “third-party ownership models” continue to gain in numbers with California, among others, charging ahead, contributing a combined 70% of Q2 installations alone for 2012. Remarkably, the “average installed price of a third-party owned system was lower than that of a system purchased outright,” according to U.S. Solar Market Insight.

Finally, with an influx of investor cash, incentives and government programs further catalyzing the industry’s growth, not only will the industry continue its projected expansion, so, too, will job growth continue to rise in the solar industry. This remains true for both residential and commercial installations across the country.

Interested in learning more about the benefits of solar? Give us a call today at (877) 543-8765. Going solar allows you the energy independence to use electricity the way you want to, without having to worry about a high electric bill at the end of every month. Not only is solar good at saving you some green, but it’s also significantly better for the environment than traditional power sources. Renewable energy, like solar power and wind energy, greatly reduce your carbon footprint and allow you freedom from your electric company. So get a free quote with us today and stop worrying about running your air conditioning, doing that extra load of clothes, or leaving the lights on.