Bringing Solar to San Diego and Beyond in 2014 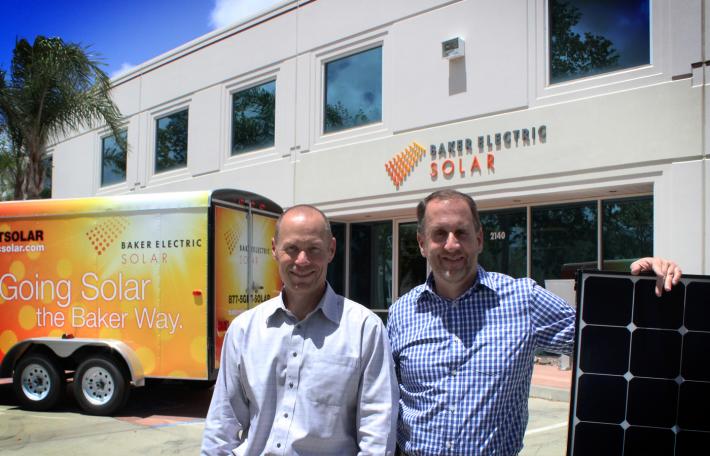 As this year wraps up and we start looking towards first quarter of next year, I thought I would write a post dedicated to highlighting our accomplishments in 2014. After all, this year marked an important season forBaker Electric Solar and was full of awards, growth and milestones as we continue to be the premiere solar company in San Diego.

Service Area:While most of our business continues to come from our hometown of San Diego, we’ve also helped customers in Riverside, San Bernardino, and Orange Counties go solar.

New Building:Earlier this year, we moved out of our shared space with our sister company Baker Electric and into our own 26,000 square-foot building. We’ve already filledup the first floor and have expanded into the second. If you’re curious about our operation, feel free to stop by for a tour.

New Website:We launched our new website this summer! It’s responsive for use on mobile devicesand much more engaging than our previous site.

1000 Solar Installationsin 1 Year:It was a lofty goal, but we’re on track toreach nearly1000 residential solar energy systems sold this year! It really is true when you hear that thousands of people have made the switch to solar energy.

We won several awards this year and were recognized for our growth and commitment to excellence:

And that sums up our 2014! We’re excited about 2015 and what it holds – for us, our customers and the solar industry as a whole. If you didn’t get solar this year, don’t wait! Take advantage of the federal tax credit and get grandfathered in to the current, limited Net Energy Metering. Call or click to get started on your solar journey with San Diego’s best solar company- Baker Electric Solar!