Solar Net Metering Is Changing, What You Should Know 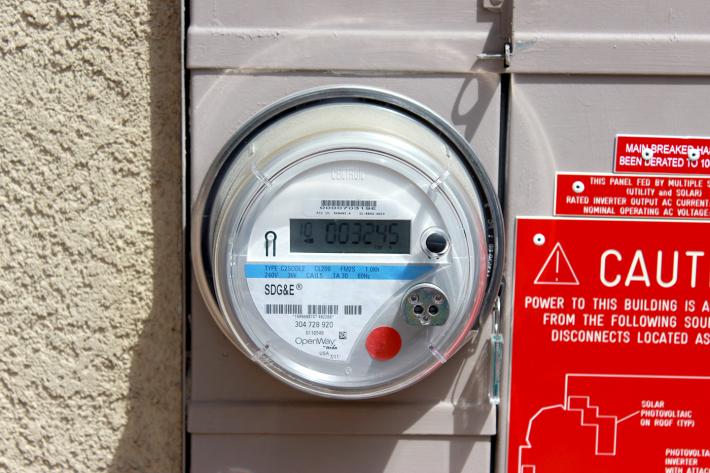 Changes are coming soon to the way solar customers are billed by the utility through net metering. The benefits of the current program are passing away in 2016 for SDG&E customers, so now is the best time to go solar and lock in savings for the next 20 years!

The History and Trajectory of the Solar Net Metering Program

With net metering 1.0 you are enjoying full retail credit rates (price per kilowatt hour) for the electricity you are generating and providing to the utility company. But that’s going to change under the new net energy program that’s currently in the works.

Why Does the Net Energy Metering Program Have To Change?

So why is net metering changing? On October 7, 2013, Governor Brown signed Assembly Bill 327, which gave the utilities until December of 2015 to develop a new net energy metering agreement. The utilities were also allowed to  set a cap of 5% of their aggregate customer peak demand for the current program – for SDG&E that equates to 607 megawatts of installed solar. This 5% cap is expected to be reached by the first quarter of next year, which is sooner than anyone originally anticipated.

After the cap is reached, net metering 2.0 will take its place, and while no one knows for sure what that looks like yet, the utilities have made it clear they are unwilling to allow the benefits of the current program to continue.

Who Is Making The Decisions About Solar Net Metering?

There’s speculation time-of-use charges will be included in the net energy metering proposal for NEM 2.0, which utilities are already implementing for their non-solar customers starting in 2019. Time-of-use charges would mean you no longer get an equal credit for all of the electricity you generate and give back to the grid. Instead, for example, if your system produced excess electricity at noon, you wouldn’t get that same amount of electricity credited back to you later in the day when there is peak demand. The minimum monthly fee is also expected to change – jumping from $5 a month to $10, or possibly more.

What's the Downside Of Waiting For the New Net Energy Program To Begin?

If you wait for the new net energy program to begin, you won’t be getting nearly as much “credit” for the energy your solar system produces as you do under the current program. If you wait for the new program to hit, you’ll also likely be paying a higher minimum monthly fee, which will add up over the life of your solar system. While solar will still likely save you money under net metering 2.0, it won’t save you as much as it will if you lock in the benefits of net metering 1.0 for the next 20 years.

Can You Still Get Into The Current Net Metering Program?

The new net energy program isn’t expected to go into effect until March of 2016, so yes, there’s still time for you to get into the current net energy metering program. But in order to ensure your solar panels and home energy monitor are installed and your system is turned on by the time the new net energy program (NEM 2.0) is in place, you need to get started on going solar today. Given current wait times at reputable solar companies, you can expect it to take between 60 and 120 days from the time of contract signing to permission to operate.

Will Changes In The Solar Net Metering Program Affect Homeowners Who Are Already Enrolled?

A homeowner who’s already enrolled in the current solar net metering program has 20 years from the date their system was interconnected to the grid until they are transitioned to the new program. This means they get to enjoy the benefits of net energy metering 1.0 for 20 years.

However, if a homeowner who is already enrolled makes changes to their solar system that are larger than 1kW, they will be enrolled in net metering 2.0. This is why it’s so important to custom design your solar system with your future energy plans in mind. Our Solar Energy Consultants ask you a lot of questions about any electrical loads you plan on adding in the future so they can design your system to meet your energy needs for the next 25+ years.

If I Enroll In The Current Net Metering Program, How Long Will My Rates Be Locked In?

If you enroll in the current net metering program, your rates will be locked in for the next 20 years. This 20-year transitional period was established under Assembly Bill 327.

Interested in going solar? Get grandfathered into net metering 1.0 for the next 20 years while there’s still space. You have to be energized (system turned on), not just have a contract signed, before the 5% cap is reached in 2016 in order to take advantage of all the benefits the current net energy metering program offers. Get a free solar quote with us today and see how much solar can save you!