Behind the Scenes of Solar Energy – The Truth Is Shocking 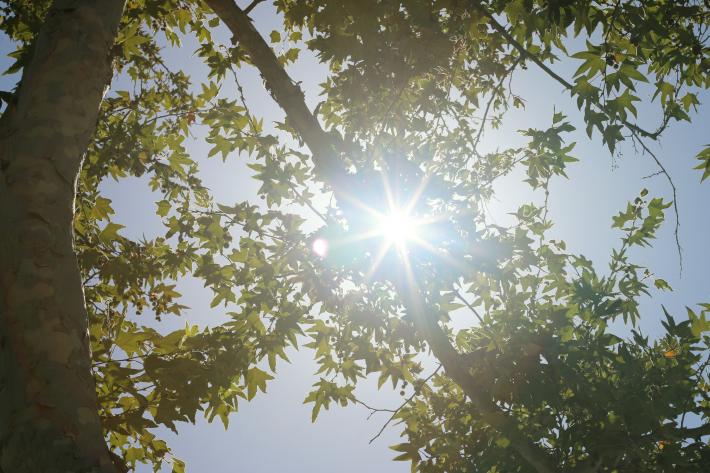 In this blog post I’m first going to briefly explain how solar panels work and how solar panels are made. Then I’m going compare solar to other forms of energy so we can see which energy source truly is the cleanest and most efficient. So join me as we go behind the scenes of the energy industry to uncover the truth of where we should be getting our electricity from.

How Do Solar Panels Work?

The technology behind how solar panels work to create electricity from sunlight hasn’t changed much over the decades. Solar panels are made out of photovoltaic (PV) cells. These cells use a special semiconducting material, such as silicon, to capture sunlight. This causes electrons to be freed and they then flow into a current.

This direct current (DC) is drawn out by metal contacts at the top and bottom of the PV panels. Once this has taken place, the current is sent to an inverter which takes the DC electricity and converts it to alternating current (AC). The AC power is sent from your inverter into your electrical panel in order to be used to meet the electrical needs of your home.

How Are Solar Panels Made?

Crystalline silicon is used to make solar panels. There are two different types of panels – monocrystalline and polycrystalline – and each is made differently.

Monocrystalline panels are the ones we use because they’re the most efficient panels on the market since they’re made out of the highest-grade silicon. They’re made by cutting the four sides off of cylindrical silicon ingots to make silicon wafers. The Czochralski process, which is the method used to produce the single-crystal silicon, is used to make monocrystalline panels. These panels have a consistent color and rounded edges.

Polycrystalline solar panels are made out of mutli-crystal silicon, so the Czochralski process isn’t used to make them. Instead, raw silicon is melted and poured into a square mold, which is then cooled and cut into perfectly square wafers. These panels have a speckled blue color and can be distinguished from monocrystalline panels because they don’t have rounded edges.

SunPower Corp asked themselves how are solar panels made, and then improved on the traditional design and function. SunPower solar panels are made better than any other solar panel in the industry. Their Maxeon® cell technology is stronger and produces more energy than conventional solar panels. Their solar panels are made with a unique light-trapping surface, a solid copper foundation that ensures maximum strength and with ultra-pure silicon that delivers optimal power conversion.

Comparing the Cleanliness of Solar Panels to Other Energy Sources

The sun certainly offers the most abundant supply of energy on earth, but are we able to harvest solar energy as efficiently as other sources? According to the Solar Energy Industry Association (SEIA), “solar energy is the cleanest and most abundant renewable energy source available, and the U.S. has some of the richest solar resources.”

Let’s now take a look into how solar panels work better and more cleanly than any other source of energy.

The Union of Concerned Scientists (UCS), which develops innovative and practical solutions to some of the planet’s most pressing problems, explains that “while the probability of a nuclear power accident may be small, the human and environmental consequences of a radiation release can be catastrophic.”

Across the country, nuclear power plants are being closed. Five nuclear power plants have been retired in the last four years in the U.S, with more closures on the horizon. This is partially due to the high price of maintaining the plants and of the energy they produce in comparison to the cost of other forms of energy generation.

Nuclear energy also presents another challenge: where do you store all of the spent fuel that remains radioactive for thousands of years? The question of where and how to safely store nuclear waste has continued to be a huge challenge for policymakers.

But back to the main discussion here: solar vs nuclear – why is solar cleaner? Nuclear power plants create electricity by turning water into steam in order to drive turbine generators. Water is a non-renewable resource, and nuclear power plants use a lot of water to create power. Conversely, the solar system on your roof takes no water to create the electricity that powers your home, making it a cleaner way to produce energy.

It’s no secret that solar is the cleaner choice in the solar vs oil debate. Oil continues to decline in popularity as an electricity fuel, but in some places in the country it’s still burned to create electricity in power plants. Burning oil produces dangerous air pollutants such as nitrogen oxides, sulfur dioxide, carbon dioxide, methane, heavy metals such as mercury, and volatile organic compounds.

Oil is responsible for about 30% of the U.S.’s global warming pollution. On top of that, it releases smog-forming particles that cause asthma and other health problems. Most oil is extracted from the ground by a process called fracking. You’ve probably heard about fracking because of its effects on the environment, which include dangerous air and water pollution and greenhouse gas emissions. Oil spills are more common than the oil industry would like to admit and they have long-lasting impacts on habitats and wildlife.

Possibly the hottest topic in energy production is solar vs coal. Coal plants provide about 40% of the US’s electricity and are responsible for more than a quarter of the U.S.’s total global warming emissions, including 80% of all those from power plants. According to the U.S. Energy Information Administration (EIA), the average annual electricity consumption for a U.S. household was 10,932 kilowatt hours (kWh) in 2014, which gives you the CO2 emissions of 8,097 pounds of coal!

Where does all that coal come from? Mines. Coal mining has an extremely harmful impact on the environment. According to the UCS, “coal mining degrades surrounding landscapes, burning coal releases toxins into the atmosphere, and coal generated electricity places heavy demands on water resources. It all adds up to a huge, and costly, impact.”

Is Solar Power the Cleanest and Most Efficient Energy Resource?

The UCS says of solar energy that “the sun provides a tremendous resource for generating clean and sustainable electricity without toxic pollution or global warming emissions.”   Solar really is the best choice for the environment, and for saving money.

Interested in learning more about how this clean and abundant resource can help you save on your electric bill? Request solar pricing today!