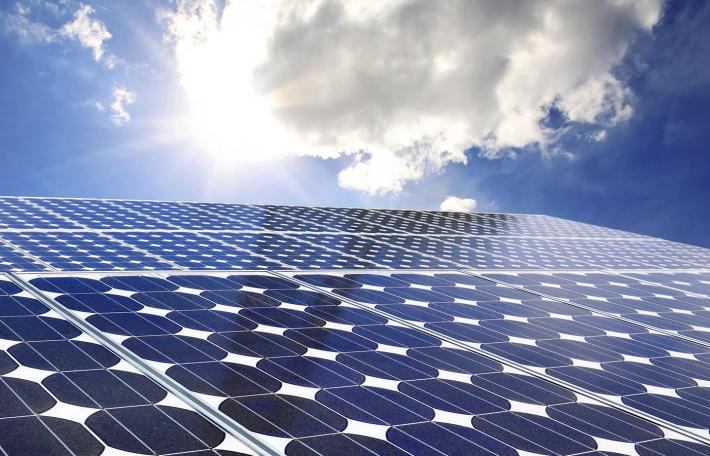 Big changes are taking place in the electric power sector these days, from the decline in coal power to the rise of renewables and energy storage. In this blog we explore these changes and how they’re affecting utility business models and the future of energy.

Coal power is on the decline because of its environmental and health hazards. Environmental restrictions and public opinion are causing investors to reconsider their support of coal. According to SNL Energy, about 25,000 megawatts of coal power capacity has been retired since 2009. In addition, Bloomberg New Energy Finance predicts that 17% of U.S. coal power generation will disappear over the next few years. A lot of coal power’s disappearance can be accredited to new Environmental Protection Agency rules to reduce pollution. Fewer investors means the price of coal power isn’t where it needs to be to sustain the industry. The U.S. and the world are shifting away from nonrenewable sources, like coal power, towards renewables, like solar and wind, in order to combat climate change because the use of non-renewables causes a significant increase in harmful greenhouse gases. At the 2015 UN Climate Change Conference that took place in Paris, one of the main goals was to reduce carbon emissions worldwide, meaning less coal power and more environmental conciseness as international pressure rises to fight climate change.

Natural gas is set to become the U.S.’s primary source of energy before 2025. This is driven by an abundance of domestic shale gas production in recent years.  Due to this abundance, U.S. power plants are switching from coal power to natural gas. However, while natural gas use is increasing domestically because of its abundance in U.S. soil, few foreign nations will replace coal plants with natural gas like the U.S. is doing. But it’s important to note that as renewable energy prices continue to drop, dependence on natural gas will eventually fall.

Renewable grid parity occurs when an alternative energy source, such as solar power, can generate power at a levelized cost of electricity that’s less than or equal to the price of buying power from the utility grid. Because different utilities have different solar billing mechanisms, and because the price of electricity varies by region, grid parity of renewable energy hasn’t been reached everywhere. However, Southern California has higher than average electric rates. With the cost of renewables continually declining, and utility rates continually rising, renewables in Southern California are quickly reaching grid parity. In fact, rooftop solar is now cheaper than the grid in 42 American cities, which equates to 21 million single-family homeowners that can expect to pay less for solar-generated electricity than for the electricity they would normally buy from their utility. Grid parity has been reached across California, with cities like San Diego and Los Angeles making the list of the top 50 cities where solar has reached parity with the grid.

7. People Are Depending on Utilities Less

Like I mentioned above, electricity rates are rising, while the price of renewable energy is falling. Because of this, people are depending on utilities less. More and more households are choosing to shift away from the coal power and natural gas that are used by their utilities and are choosing instead to reduce their environmental impact and save money with solar power. As of Q3 of 2015, there was enough solar capacity in the U.S. to power 5 million average American homes. Unlike coal power and natural gas, switching to solar allows you to generate your own electricity, meaning you’re less reliant on your local utility and their ever-increasing rates.

Many utility business models are working to shift away from coal power and natural gas towards renewables like solar. Greentech Media is forecasting almost 28 gigawatts of added utility solar between 2017 and 2020, which is over 17 gigawatts more than they originally anticipated thanks to the recent extension of the Investment Tax Credit. Solar has been a part of utility business models for more than two decades, and we’re seeing more and more utilities are deploying utility-scale solar projects. In fact, Baker Electric has installed 758 megawatts of utility solar.

5. Debates Are Heating Up Over Rate Reform

Due to the fact that so many utility customers are turning to rooftop solar to generate their own electricity, utility business models are changing to include higher electric rates. We can see this here in California with the battle between utilities and solar companies over net energy metering, the billing mechanism for solar customers. Also, a new utility rate structure was recently passed by the California Public Utilities Commission (CPUC) that will result in most residential customers seeing their electric bills increase over the coming years.

4. Utilities Are Modernizing the Grid

With all the changes that are coming to the energy sector, utilities are having to modernize the grid to keep up. All of the new utility-scale and distributed renewable capacity coming on the grid means there’s a growing need for utilities to modernize. In 2014, the International Energy Agency estimated that because of the increase in renewables, the U.S. would need to spend $2.1 trillion by 2035 on grid technologies and infrastructure. These advances include new technologies like smart meters, two-way grid communication devices and energy storage.

Battery storage goes along with adding more renewable energy to the grid. An example of this is Southern California Edison, which is choosing energy storage over the natural gas peaker plants they’ve traditionally used to meet sudden shortfalls in electricity. Natural gas fired peaker plants have received community and regulatory resistance in California, so it makes sense that utilities are turning to energy storage to meet sudden peaks in demand.

California regulators have asked the three biggest utilities to line up 1.3 gigawatts of storage capacity by 2020. That’s because energy storage is a much cleaner fall back than traditional natural gas plants. Colin Cushnie, SCE’s vice president of energy procurement and management, said that “batteries can also meet peak demands with lower emissions than natural gas-fired peakers by charging during low-demand periods when excess wind and solar energy is being generated, and discharging during peak demand periods, which displaces the need to burn incremental natural gas in a peaker.”

2. Utilities Realizing it’s All About the Customer

Utilities are realizing that it’s about the customer so they’re doing more to meet individual needs. Because of this, utility business models are shifting towards delivering information on customers’ desired platforms, and towards being more customer-centric. Lynn Good, CEO of Duke Energy, which is changing its business model to meet individual customer needs, said that customers “want flexibility. They want different tariffs. They want their bill options to be different. They want products and services. They might want rooftop solar. They want communication in the form that they want to be communicated with and in a language that they understand.” All of these wants are leading to changes in the way utilities have traditionally done business. More on that here.

Utility business models are changing due to the rise of renewable energy technologies and their shift towards being more customer-centric. States like California, Hawaii, Massachusetts, Minnesota and New York are doing the most to push their utility business models into the future. Utilities are feeling pressure from the government to increase reliability and to reduce emissions across the country through incentives like the Environmental Protection Agency’s Clean Power Plan. All of the new trends mentioned above are leading to more shifts than ever before in utility business models.

Want to leave the natural gas and coal power of your utility behind? Switching to solar leaves a green legacy for generations to come. Join the clean energy revolution by getting a free solar quote with us today and learn about how much solar can save you!