What Can We Do About Global Warming 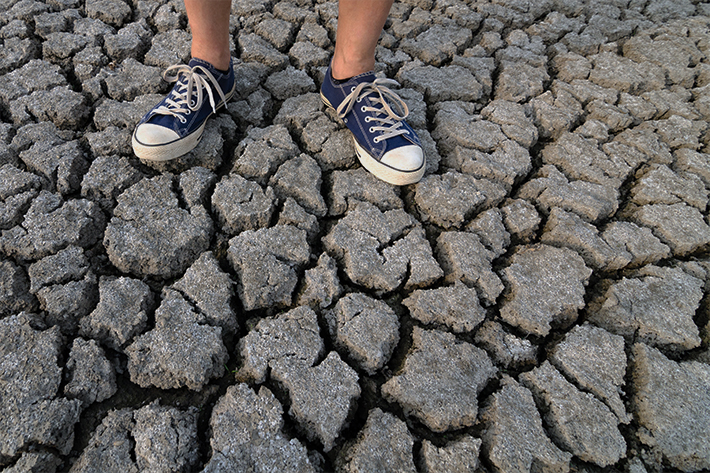 We’ve got our eye on climate change and what can be done about it — and not just because we’re one of the best solar companies in San Diego. We’re concerned citizens, too.

Just like you, we feel the searing heat and search the sky for rainclouds that don’t come. On the news or online, we watch footage of wildfires that come all too often. We hear frequent reports on global warming trends and link the data we’re given to what appears to be happening around us.

Scientists look to California’s experience, with its record heat, prolonged drought, decreasing snowpack, and escalating wildfires, as a microcosm of the effects of climate change. But the world is also taking note of the state’s efforts to do something about it.

San Diego, in particular, has demonstrated strong leadership in addressing the effects of climate change. An emerging leader in clean technology innovation, San Diego ranks as one of the nation’s top cities for green energy solutions. In the past two years alone, residential and commercial solar panel installations in the city’s metro area grew nearly 77%. The jump elevated San Diego to the No. 2 spot in the country for the number of solar panels installed, according to the Environment California Research & Policy Center. More than 20,000 electric vehicles drive along San Diego County roads, and San Diego Gas & Electric hopes to push that number to at least 80,000 during the next four years.

These trends are encouraging. They show that in San Diego, we’re seriously considering what we can do, collectively and as individuals, to reduce our carbon footprint, or the amount of environment-harming emissions we contribute through our activities. We’re taking a new look at electric cars, for one; and we’re turning to other renewable energy technology, such as solar panels, to meet all or part of our homes’ or businesses’ electricity needs. In doing so, we’re taking advantage of our opportunity to reduce greenhouse gases. That’s because, according to the Environmental Protection Agency, fossil fuel-based electricity represents the single greatest contributor to carbon dioxide emissions in the U.S.

Are we doing enough? It’s easy to take electricity for granted, and often we look to other ways to be environmentally friendly in our daily lives. We might routinely recycle bottles, cans, and paper, for example. In drought-stricken California, we’ve definitely learned to conserve water. Given how much the power grid contributes to greenhouse gases, we might take another look at our electricity habits.

Here are five steps you can take to lower your use of fossil fuel-guzzling electricity (and, incidentally, save money on your electric bills):

You won’t know how much electricity you can save if you’re not aware of how much you use. A number of web tools can help determine the level of emissions you contribute to the atmosphere. The EPA, for example, offers an easy-to-use carbon footprint calculator for homeowners. You’ll need to have your average monthly utility bills on hand, but you’ll learn the estimated pounds of carbon dioxide your household emits in a year. Or try The Nature Conservancy to gain a rough estimate of the tons of carbon dioxide you or your household emit.

Compare your results to the average American household. In 2014, the typical American home used an average of 911 kilowatts (kWh) of electricity per month or about 11,000 kWh per year.

Make keeping those kilowatts in check as easy as changing a light bulb. The EPA says Energy Star-qualified LED light bulbs use about 75% less energy than standard bulbs and they last up to 50 times longer. You could see savings of as much as $70 in a year if you swap out five bulbs. Energy Star appliances are also widely available and, according to the EPA, can cut your greenhouse gas emissions by roughly 130,000 pounds over their lifetime. That translates to as much as $11,000 in total savings.

Especially during a hot San Diego summer, it can be tough to avoid the temptation of a blasting air conditioner. Adjust your AC a few degrees and try to be patient with your body as it, in turn, adjusts to a warmer temperature. Add the sweater or a blanket during cooler months and turn down your heat. Ceiling fans help distribute air (warm or cold) and use less energy. And don’t forget to adjust your AC or heating during the hours when you’re not home. If you don’t already have one, consider a programmable thermostat.

According to the EPA, our gadgets consume 40% of the electricity needed to operate them while they’re in the off mode. Here’s some even more amazing math: across the U.S., the total electricity consumed by electronics that sit idle, including computers and game consoles, amounts to the yearly output of 12 power plants. You’ll save thousands of pounds of emissions each year by simply unplugging electronics when you’re not using them, even for a matter of hours. Considering we all forget this task, at least on occasion, energy-saving plugs can do the job for us.

A switch to solar power represents one of the surest ways to secure both your energy future and the future health of the planet. Yes, installing solar panels is an investment; but the costs of solar panels have fallen dramatically. Plus, federal tax incentives and leasing and other financing options make residential solar panel installations far more affordable than they’ve been in the past. By tapping into the free power of the sun, you’ll reduce your utility bills by thousands of dollars over the 25-year lifespan of your solar panel system at the same time as you lessen your dependence on the emissions-heavy electric grid. Learn more about the benefits of solar energy for your home.

When you’re ready to do more to lessen the effects of climate change and downsize your carbon footprint with affordable solar energy, we’re ready to help. As San Diego’s premier solar panel installer, we’ll make the process of going green easy. Start by getting a free, no-obligation quote, or just let us know your questions about a solar switch. We’ll have the answers for you.