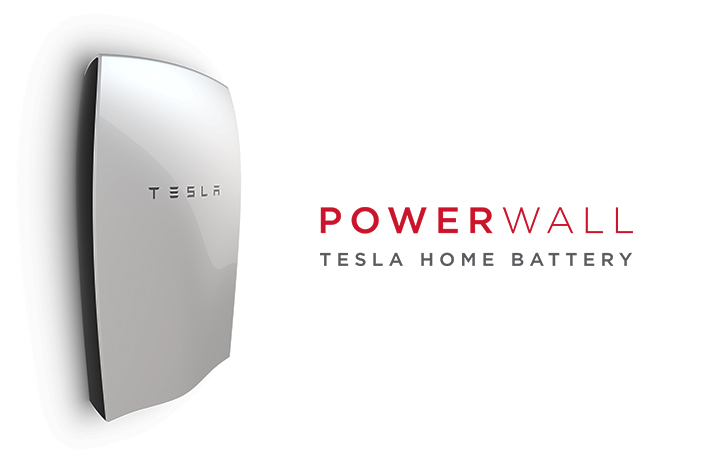 Area residents resigned themselves to persevere through the July power outage, but the lights stayed on at one home. Equipped with a Tesla Powerwall energy storage unit, the home never lost electricity.

“This is a game changer for our family,” homeowner Jill Fraga told the utility in a news release. “Not losing power and being able to go about our lives provides stability, safety and peace of mind.”

The Tesla Powerwall promises to be a game changer for residential solar panel customers across the country. A year after the electric car manufacturer unveiled its home energy storage product, shareholders learned the company had delivered 2,500 Powerwall units to homes across four continents, including North America, in the first quarter of 2016. A companion commercial product, the Powerpack, went to nearly 100 businesses, Bloomberg News reported in May.

Green Mountain Power in Vermont was the first U.S. utility company to offer the Powerwall to its customers as part of a pilot program. Since May 2016, the state-of-the-art battery storage units have been widely available to solar panel installers, including Baker Electric Home Energy.

Savings on monthly electric bills have big appeal for residential solar panel users. Especially in sunny climates like San Diego’s, households with rooftop solar installations reduce their reliance on utility-provided electricity — and lower the bills that come with it — by independently drawing all the daytime electricity they need from the sun. In fact, solar-powered homes typically produce more energy than they require for daytime use.

But what happens during evening and nighttime hours days when solar panels can’t extract power from the sun? Without the ability to store the excess energy they generate, homes with solar panels have had to turn back to the grid to keep the lights on and the refrigerator running at night.

In San Diego and throughout California, a process called net metering provides a give-and-take mechanism to accommodate the fluctuating electricity demands of residential solar panel users. Net metering not only allows homes with solar panels to sell the excess power they generate during the day to a utility company, but also draw electricity from the utility’s grid when it’s needed, such as overnight. Homeowners pay the utilities only for the net electricity they draw from the grid.

Net metering arrangements keep the juice flowing 24/7 for solar-powered homes, but they don’t account for threats to power security. Utility companies can’t guarantee the lights won’t dim or the air conditioning will keep running when something goes wrong, such as when technical difficulties, brownouts, or unexpected storms or earthquakes reduce power or force the grid offline altogether.

How Does It Work?

The Tesla Powerwall isn’t the first home solar battery system on the market, but it might be the sleekest looking and least costly option available.

A single Powerwall unit stores up to 6.4 kilowatts of electricity — enough to serve at least the evening needs of most solar-powered homes. Depending on a home’s electricity demands, the installation of multiple batteries might be required.

During times when utility-based electricity is used, power from the grid flows from the electrical panel to the inverter to charge the battery.

The 214-lb. Powerwall unit can be installed indoors or outdoors. Powerwalls include a 10-year warranty and involve little to no maintenance. The units require installation by trained solar energy technicians.

Our expert consultants will be happy to help you determine your home’s electricity demands and the ways in which home solar storage can help you save on energy costs, improve your energy security and gain peace of mind. Contact us!