What Is the Internet of Energy? 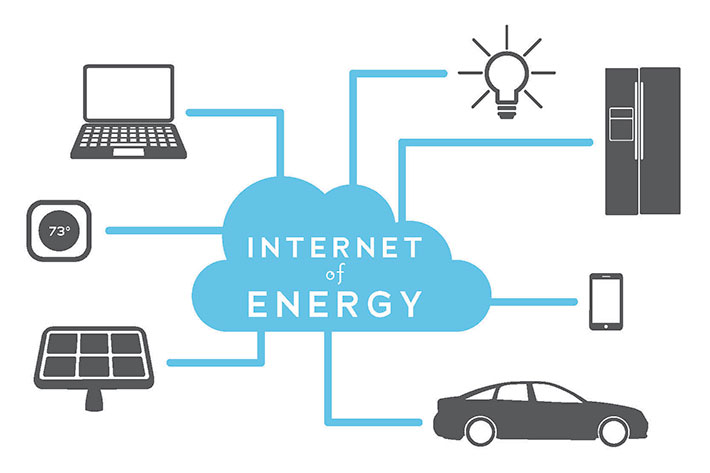 Revolutionary changes are coming to the way the world thinks about energy.  When you think disruption, you think iPhone vs flip-phone, or Uber and AirBNB dismantling long-established industries.  The disruption coming to energy will eclipse anything that came before it.

The disruption coming to energy will eclipse anything that came before it.

To wrap some context around this topic, you plug a lamp into an outlet and it turns on.  Everything upstream was controlled by your power company, also known as the utility.  Your lamp begins pulling electrons from a giant electric power generator somewhere far away through a complex series of powerlines and substations.  A value is assigned to a unit of electricity, a value seemingly arbitrary from your point of view, and you get a large bill at the end of the month.  You’ve long since submitted to the fact that beyond getting solar panels, there is little you can do to influence how much you pay or where your electricity comes from.  You trust that someone with your best interests at heart is overseeing the entire process.  You send a check and move on with your life.

What you don’t realize is there’s a much better way to manage energy.

Something amazing is beginning to happen: control.  There is a layer of devices owned by you, not the utility, including solar PV systems, smart thermostats, refrigerators, energy storage, and your electric car.  These devices are getting smart, they know who each other are and what they are doing.  Think of this as a network of smart devices that live on your side of the meter. This is infancy.
This is the internet of 1995.
The flip-phone. These devices are beginning to communicate with each other and their collective intelligence is allowing technological magic to happen, such as learning your lifestyle patterns and adjusting your heating and cooling accordingly, or automatically charging your car when grid electricity is cheapest, or charging your energy storage device during peak solar production hours. The result can be a dramatic decrease in your electricity bill.  Pretty neat, right?  This is infancy.  This is the internet of 1995.  The flip-phone.

Imagine for a moment your network had the ability to communicate beyond your walls, that it could speak to every network on your street.  Your entire state.  Or how about the entire world.  Every network having the ability to connect with every other network, each knowing where the other is, its energy consumption, and every other imaginable data point.  Machines knowing, learning, predicting, collaborating…  A giant collective intelligence that lives across the internet (Internet of Things Wikipedia).  A micro-grid on a grand scale; a grid-pangea.

The Internet of Energy will fundamentally disrupt everything you know about electricity.

Want to charge your electric vehicle at the best price while sitting on your couch?  The charging station in your garage continually scans the Internet of Energy for good deals; right now a solar system across town is overproducing and selling at a discount.  Without human interaction, the transaction is enacted machine-to-machine, with a cut going to the utility for grid infrastructure and taxes.

…all taken care of automatically, through computer algorithms and software running on devices.

Logistics, you certainly wonder.  If I run the organic garden, how do I know dirty electrons originating from the coal power plant aren’t poisoning my watercress?  The answer is you don’t.  Think of the grid as a giant pool of energy.  Some people are putting energy into the pool, some people are taking energy out, and it’s all tracked by the utility.  The aggregation district supplying electricity to your organic garden feeds energy into the pool and receives credits from the utility in return, those credits are then transferred to the organic garden to pay its electricity bill.

Or the organic garden trades those credits on the energy market.  Here’s where it really gets interesting.

Some of you snapped out of my futuristic dreamland when I said ‘energy market’.  Did I take you on this journey to describe something that already exists? You have power and control… Residential solar and storage owners are a sleeping giant There’s nothing novel about trading energy on the open market, in fact, many of you have energy in your retirement portfolio without knowing it.  The difference between the existing energy market and the market of the future is vastly different.  Let’s use gold as an example.  When you buy and sell gold on the gold market you are trading paper.  You never take possession of the gold, you have no direct control over the gold, and you only speculate that the paper representing your gold will be more valuable in the future than it is today.  On the other hand, if you own the mine and have gold in your hand, the gold market looks much different.  You have power and control.  Team up with your fellow miners and your power and control grows.  Residential solar and storage owners are a sleeping giant of gold miners.

Not seeing the monumental disruption in this story yet?

The Internet of Energy will drive down the cost of energy to the point that it will be nearly given away.  A truly open market means the utility will be competing for your business against Larry next door who sells his excess solar power for cheap.  It also means an end to the utility building giant, expensive power plants and sticking rate payers with the bill, sometimes years after it’s become a stranded asset.  It means you can choose where your energy comes from and where yours goes.  Want to reward the green energy sector?  Buy only energy produced by solar, or perhaps from a portfolio of green energy producers.  Don’t care where your energy comes from?  Use an app on your phone telling your house to always buy from the cheapest source.

The bottom line is energy does not need to be expensive.  Someday soon your electricity bill will be a few dollars.  Someday the streets will be lined with free electric car chargers, paid for by a small advertising banner.  Everything that does work will be electrified.  And it will all come from renewable sources.