Your Utility Is Changing the Game Again 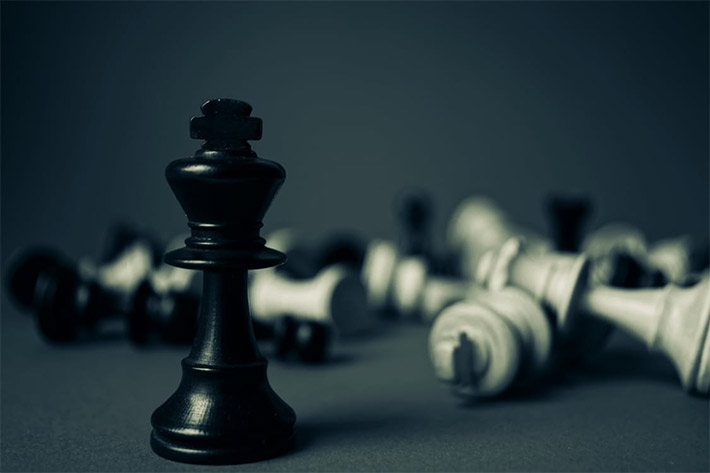 A massive battle lurks just under the surface of your electricity bill. Hold it in your palm long enough and you’ll begin to feel the heat of residential solar vs the full force of a Fortune 500 regulated monopoly. Two energy paradigms that cannot exist together in their current form. To the victor belongs growth trajectory; the loser a death-spiral. With innocent victims caught in the middle.

The story begins many years ago, back when solar was the domain of remote hunting lodges and spacecraft. The occasional technology hobbyist would put a few panels on a roof, but it was unlikely to power anything beyond a ham radio. California’s major utilities failed to recognize solar as a future threat. They had an opportunity to shape the future of solar to their benefit before anyone was there to oppose it.

To the victor belongs growth trajectory; the loser a death-spiral.

Fast-forward to today – there is enough residential solar connected to the grid it’s forcing California’s utilities to fundamentally change the way they operate. Other than an increase in volume, people’s electrical usage pattern has changed very little in the last 100 years; people wake up and start turning things on, electrical use dips a bit during the day when people are at school and work, then spikes when everyone is back home in the evening. Utilities have invested billions of dollars in infrastructure around this lifestyle.

Solar has flipped this model it on its head.

The problem utilities face now is not that customer lifestyles have changed, but how and when electricity is generated has changed. The utilities have built giant, expensive power plants to generate electricity for its customers during the day. There is now so much solar energy being generated by residential rooftops that the utilities’ power plants are in threat of being slowed or even shut down during sunlight hours. When billions of dollars of power plants aren’t running at expected capacity, they aren’t generating the expected return on investment either.

In addition, the utilities are still on the hook to service its customers outside of daylight hours, meaning those expensive power plants are turned on in the early morning, shut off when the sun comes out, and turned back on in the evening, with additional variances due to weather conditions and seasonality. These intermittent starts and stops are costly – power plants are not engineered to operate like this. Your utility can actually find itself in a situation where it’s cheaper to keep them running, even when there’s no need for the electricity.

Time-of-Use, or TOU, is a dramatic shift in how residential customers pay for electricity. Not only are TOU customers billed for the volume of electricity they use, but what time of day they use it. An electron at noon will cost much less than an electron at 8pm. Not surprisingly, utilities charge the most for electricity during the exact hours people use it the most. However, to most customers, a shift in what time they run heavy loads, such as laundry or dishes, is enough to avoid a significant increase in their bill.

But to the residential solar industry, this is an act of war.

Remember how an electron at noon costs less than an electron at 8pm under TOU? This means an electron exported to the grid by a solar homeowner is also worth less at noon, exactly when solar systems are producing the most. You likely recall a couple years back when California’s utilities were once again at war with the solar industry, this time over Net Metering. Net Metering is the agreement that defines how much solar homeowners will be compensated for the energy they export to the grid. The first version of Net Metering (now known as Net Metering 1.0) was due to expire. What seemed like a victory by the solar industry at the time, Net Metering 2.0, is turning out to be a battle far from over. Under Net Metering 2.0, all new solar customers will be forced onto TOU, a direct threat to their return on investment. People will get compensated less for the energy they produce, or will be discouraged from going solar in the first place – either way the utility wins.

The decision on the cost and hours under TOU are ultimately in the hands of the California Public Utility Commission. The utilities have proposed a rate schedule not favorable to solar; the solar industry has pushed back. Unfortunately, the commission is likely to rule somewhere in the middle, meaning the solar industry will take a hit.

The good news is a temporary escape hatch has opened for new solar customers to avoid TOU.

by the time escape-hatch customers are forced onto TOU, it won’t really matter anymore

Between now and when the commission makes its decision, anyone who goes solar is grandfathered against TOU for 5 years. This is enough time for the average solar system to have achieved the majority of its return on investment. In other words, by the time escape-hatch customers are forced onto TOU, it won’t really matter anymore. The escape hatch will only be open until early 2018, and just like Net Metering 1.0, you must be installed, not just signed contract, to get in before the deadline.

Is the sky falling? Is TOU going to destroy the industry? The answer is no. But you will wish you had gone solar while the escape hatch exists. There will be a post-TOU solar industry, but customers will be faced with a diminished return on investment including longer payback periods.

While California’s utilities are busy inventing new ways to chip away at the finances of solar and raising rates on everyone, a weapon is being developed that threatens their very existence. It has the potential to do far more damage than solar ever did, and there’s nothing they can do about it.

The home battery has the potential to destroy your utility.

In the short term, batteries are a TOU buster. That electron your solar system generated at noon that’s not worth much under TOU? Hold it in your battery and export it to the grid at 8pm when it’s worth more. You can store your entire day’s solar power and export it whenever you want. The only catch is home batteries are very new and only a few contractors, such as Baker Electric Home Energy, are capable of offering it. They are also just recently coming down in price enough to pencil-out for the average residential homeowner.

In the long term, batteries become an existential threat to the utility when solar+battery homeowners start disconnecting from the grid altogether. This is when the utility is powerless to fight back; once people are generating and storing their own energy, they no longer have a need for grid power. They are shielded from rate hikes, TOU, Net Metering 3.0, or any of the other tactics the utility has to reach into its customers’ pocket.

Ultimately, San Diego’s rate payers will win the war over the high cost of electricity. But this could take years, and you’re getting month after month of expensive utility bills in the meantime. The time to take action is now. Take advantage of the TOU escape hatch before it’s too late.