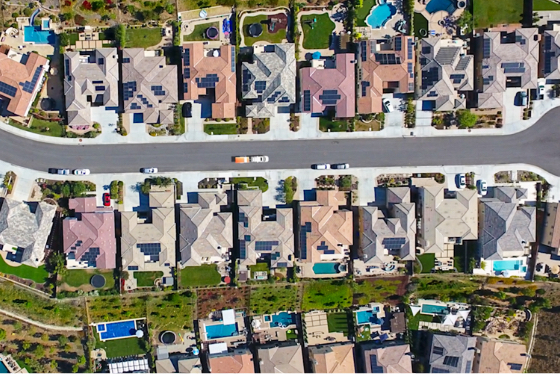 How Solar affects your home’s value in Southern California

Like other home improvements, adding solar power should add to the value of your home. But are buyers really willing to pay more for a home with solar?

Most homeowners invest in solar systems because of the savings on their energy costs — return on investment can be as rapid as 5-7 years. But what if you need to sell your home? Will solar also add to the value of your home?

How much will solar add to your home’s value?

The Lawrence Berkeley National Laboratory conducted a multi-state study which proved having a purchased solar system on your home increases its value more than almost any other home improvement investment. In fact, the additional premium of residential solar panels to your home value has the potential to offset the added cost of the solar panels entirely.

So one of the benefits of solar panels is that a purchased system not only saves you money on your electric bill, but it also adds value if you sell your house in the future.

Based on an average-sized system, solar panels add approximately $20,000 to a home’s value in California, according to the 2015 Lawrence Berkeley study. The study found many homebuyers are willing to pay a premium for homes with solar panel systems, as the savings on utility bills soon provide a positive return on investment.

The National Renewable Energy Laboratory (NREL) also conducted a national study based on a sample of 87 utilities in 16 states. Their findings showed that homes with solar sold for a 17% premium and sold 20% faster than homes without solar.

How do solar loans or leases affect the sale?

Selling a home where you own the solar panels outright is a straightforward process and buyers may pay more for the simplicity of purchase when you own the panels.

If you have financed your panels with a loan and are still making payments, you can either pay off the finance with the proceeds of the sale (and in most cases the increased value of the home will more than cover the finance loan) or, in some cases, it may be possible to transfer the loan finance to the new owner.

Selling a home with leased panels is a little more complicated, but still happens all the time. You might need to buy out the lease, which allows you to transfer your panels outright. Or you can transfer the lease to the buyer, if they agree to this and meet the necessary credit requirements.

Please bear in mind that the figures presented here are averages and circumstances may differ for each home and homeowner. Talk to our solar experts to learn how solar has increased the value of homes in your neighborhood and how it could benefit your home’s value.