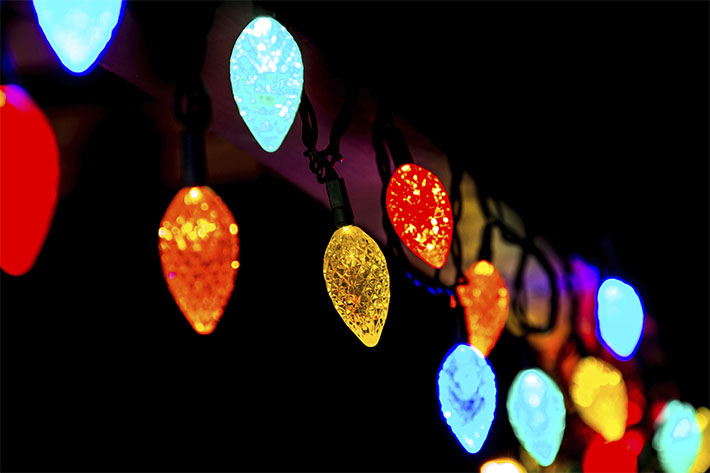 On November 28th the holiday season was officially kicked off at New York City’s Rockefeller Center. With the power of the Internet, the famous Christmas tree lighting ceremony was viewed live by millions around the world. The tree, usually a Norway spruce 69 to 100 feet tall, has been put up every year since 1933 – with its earlier beginnings attributed to Depression-era construction workers at the Center decorating a small 20 foot tree with strings of cranberries, strips of paper and tin cans.

It’s interesting to note that Rockefeller Center made the transition to a sustainable holiday season back in 2007. At the time GE Solar Technology supplied 363 roof-mounted solar panels at the top of 45 Rockefeller Plaza – generating electricity for the first solar powered Rockefeller Center Christmas Tree. The Christmas tree was, and is still today, decorated with 30,000 energy-efficient multi-colored LED lights, on five miles of wire. After the tree was taken down in 2007, the tree was used to furnish lumber for a Habitat for Humanity house. The solar power panels, which power the tree’s lights also help offset Rockefeller Center’s spiked power usage during the holiday season. In another energy-saving move this year, the 2012 tree came from nearby New Jersey, eliminating the costs and energy consumed trucking a tree in from northwestern states.
An energy-efficient “Swarovski Star” has topped the tree since 2004. In its ninth year of display, the star is 9.5 feet in diameter, weighs 550 pounds and is adorned with a whopping 25,000 crystals with LED lighting.

Last December, Rabbi AB Itkin of Chabad of Ulster County tapped into the growing trend of using renewable energy. He designed a solar-powered menorah from spare parts purchased at a local store. The city of Woodstock, aka of 1969 Woodstock Festival fame, has another mark of distinction — it’s home to the world’s first solar-powered menorah.
While not suitable to fulfill the mitzvah of menorah lighting which requires fire as the source of light, the idea of this public menorah is to help raise awareness of Chanukah and inspire pride in the Jewish Festival of Lights. In many communities, electrically illuminated menorahs are used symbolically. But Woodstock’s Village Green, where the menorah is displayed annually, was not wired for electricity. With Rabbi Itkin’s solar powered energy innovation, the menorah lights will shine all eight nights of Chanukah.

Rabbi Yitzchok Hecht, Director of Chabad of Ulster County, says local Jews expressed enthusiasm about their “Green Menorah.” The area has a Jewish population of about 5000.
“What’s more,” he says, “the concept of taking the energy of the sun and using it to bring light into the darkness of night is a beautiful complement to the miracle and story of Chanukah.”
Happy Holidays from all of us at Baker Electric Solar!

Interested in powering your home with renewable energy for the holidays and all year round? Get a free quote with us today to see how much solar energy could save you! Solar power allows you to generate your own electricity, so you can use electricity the way you want to, without having to worry about getting a high electricity bill at the end of every month. It’s the gift that just keeps giving!