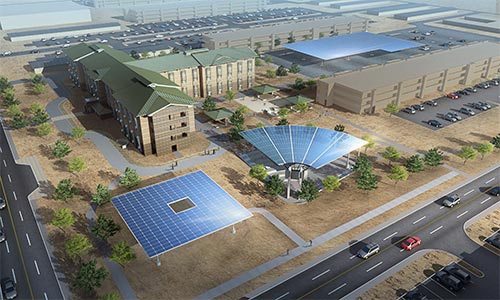 As the days grow longer during the summer, Southern California residents and business owners who have solar power panels installed on their roof have the opportunity to harness more energy from the sun, lowering both their carbon footprint and electricity bills.

Net metering is great – it allows solar customers to distribute unused solar electricity back on to the grid for credit to be used at night and on cloudy days – but what if there was a clean, safe way to store excess power instead of giving it to your neighbors? Ever wish you had a battery system installed to capture excess solar power so you can use it when you need it more?

As the first SunPower Elite Dealer in San Diego, we here at Baker Electric Solar are excited about the news that SunPower is collaborating with KB Home to install photovoltaic systems that include a new energy storage solution, according to a recent announcement from SunPower.

In the pilot program, SunPower (maker of the most efficient and overall best solar panel in the world) will install solar power battery technology to people purchasing homes in the participating KB Home communities. This emerging battery technology is designed to help users maintain power during blackouts as well as let them save up unused energy so they can put it to use later.

SunPower CEO Tom Werner said in an interview, “Such systems will reduce consumers’ reliance on electric utilities and the grid, cutting power bills and providing electricity during blackouts.”

It’s worth keeping in mind that battery storage for solar energy systems is still in the early stages of development and is not common. The technology has come a long way, but it is still likely years away from being a viable addition to average homeowners. But it’s still fun to dream about the possibilities! Whether it’s having the ability to charge electric vehicles at night with solar power captured during the day or having electricity during a blackout without a generator, battery storage will certainly make solar even more appealing.

Our consultants will keep tabs on the SunPower pilot program to see how well the new battery systems are working, with the hope that more people will be able to store their solar energy in the future.

At Baker Electric Home Energy, we are focused on providing the best solar energy technology to our customers. For details about a solar installation for your home or business, or to get a quote or set up an appointment for a free consultation, please contact Baker Electric Solar today.

Solar power allows you to generate your own electricity, giving you the independence to use energy the way you want to without having to worry about receiving a high electric bill at the end of every month. Not only is solar easy on your wallet, it’s also easy on the environment. Solar energy is significantly better for our planet than traditional power sources. If you’ve been looking for ways to save money and to lessen your carbon footprint, then solar is the way to go.