Why Microinverters Are A Good Option 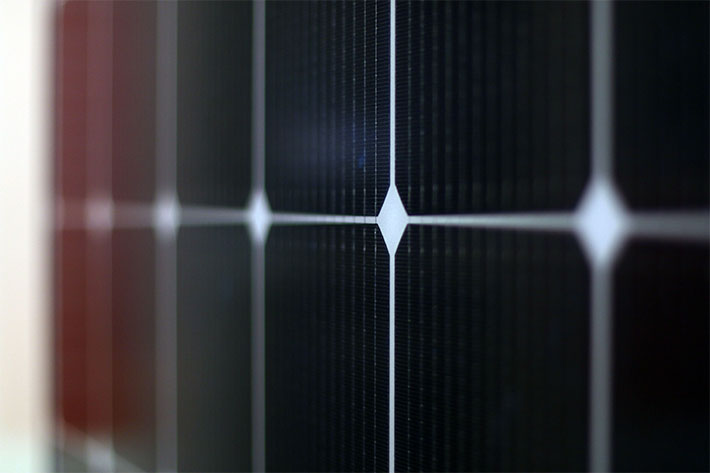 There are many choices in the solar market today – power optimizers, string inverters, and microinverters. So what is the best choice for your new solar installation?

A few years ago, microinverters were introduced and became all the rage in the solar industry. However, some in the solar business were quick to dismiss the new cutting-edge technology, saying they should be avoided at all costs, and that homeowners would regret opting for a microinverter solar installation.

Well, it’s been about four years, and we're delighted to report on behalf of our customers that, based upon our experience, those companies were wrong. Microinverters have proven to be not only an economical option, but a reliable and desirable one at that.

Solar panels change their voltage output based on several factors, primarily due to how hot they get. That’s why certain areas like San Diego can generate more solar power than say, San Francisco.

In a string inverter solar system, panels are connected in a series-like design and one string can affect the entire installation.

With microinverters, each panel is almost a separate component, so if one panel is covered by shade, just that one panel is affected and the rest of the solar installation still produces maximum power.

Readers who are considering options for their solar installation may have come across some not-so-positive opinions about microinverters. We are here to dispel these myths and let future San Diego solar customers know that there are a number of benefits associated with microinverters in both commercial and residential solar panel installation.

These advantages include increased safety, compliance, system monitoring, greater energy harvest, and better reliability than many other inverter options.

Microinverters do not require high-voltage DC wires spread over rooftops like string inverters do. By running DC out the panels and converting to AC power directly on the rooftop, this makes the system safer for property owners, installers, first responders, and technicians. Further, microinverters can be shut down much faster than string inverters, almost 100 times faster than the National Electric Compliance (NEC) code requires.

Microinverters’ panel-by-panel system allows for more efficient monitoring. Not only is it easier to determine why your solar installation system might be under-performing, but it can also pinpoint which panel(s) are the problem.

Because microinverters are designed with one inverter per solar panel, and connected in parallel, it allows for maximum energy harvest. A standard string inverter links several panels together, so when one panel in the series is out, the whole section loses power-generating capabilities.

Bottom line, microinverters are designed to withstand the most extreme weather conditions. Additionally, unlike string inverters, there is no single point of failure – if one inverter goes out, the rest of the system still generates power at full capacity.

What this Means for San Diego Solar Customers

In deciding which solar installation option is right for you, microinverters can offer big advantages over string inverters, especially in the San Diego climate and landscape.

For instance, a microinverter can perform better in shady areas. With string inverters, if 5 panels out of an 8-array installation are covered by shade, the entire system stops. However, due to their design, microinverter solar energy systems can overcome this problem, allowing the 3 non-shaded panels to do their job and create maximum power output. Another reason customers love microinverters is that, unlike string inverters, if a microinverter panel becomes covered with dirt or other debris, it doesn't slow down it's neighboring panels

Think of it this way, microinverters optimize each panel separately, so even if half of a residential solar panel array is covered by debris, it doesn’t effect the other half of the panels in the slightest! Whereas string inverters are “strung together” similar to Christmas lights – when one section fails, so might the whole system.

Lastly, many solar customers down the line might want to increase the size of their solar installation. While it may seem simple enough to just install additional panels, in actuality it’s a bit more complicated. With string inverters, in order to add more power, customers must purchase a higher-rated inverter to accommodate more panels. This can be expensive. With microinverters, panels can be added to increase power without the added expense of replacing a bulky inverter, which may have already been fully paid for, with an even bigger inverter.

The main takeaway is that microinverters can be a great option for San Diego residents or commercial businesses considering solar. Not only have microinverters proven to be reliable and effective in challenging environments, they come with an unprecedented 25-year warranty. Compare that with the typical 10-year warranty of most string inverter systems and it makes sense to choose a microinverter solar panel installation.

Still on the Fence?

Baker Electric Home Energy, one of the best solar companies in San Diego for both residential solar and commercial solar, is proud to offer our customers many options when it comes to solar panels and inverters. For many of our customers, choosing microinverters just makes sense, and Baker Electric Solar’s team of experts can help you decide what choice is best for you. It's time to start your San Diego solar journey.