The Rise in Popularity of Solar Panels 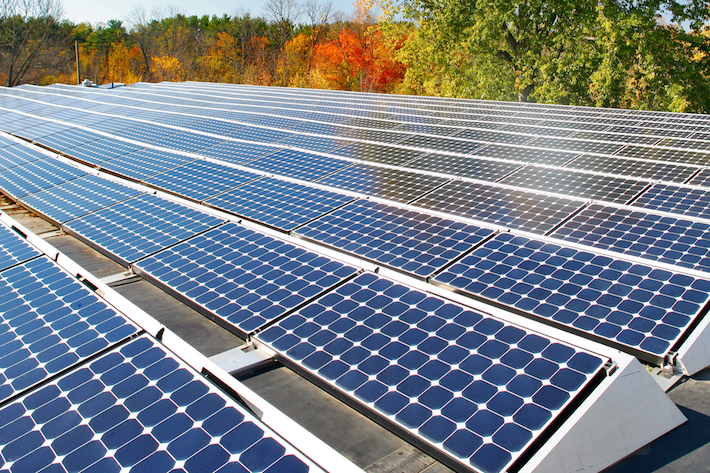 Many homeowners and businesses are under the impression that installing solar energy panels is not within their budget. However, solar panel installation is actually quite cost effective due to government incentives and competitive industry pricing.

In order to produce solar energy, the sun’s energy is harnessed through the use of solar panels typically installed on rooftops. The general consensus of consumers is that the process of installing solar panels in San Diego, or other Southern California cities, is expensive and the everyday household and small business cannot afford such a luxury.

This simply is not true. Techniques and technology in harnessing solar energy have advanced to become more efficient and affordable, resulting in many budget-conscious consumers and businesses switching over to solar energy.

According to a report from Bloomberg New Energy Finance, in 2014 there was a thirty percent increase in the U.S. from the previous year in solar panel installation, both commercial and residential. Many in the solar industry attribute this rise in popularity of solar panels in San Diego directly to long-term cost savings and government tax incentives.

And as the word spreads, consumers and businesses are beginning to realize the savings benefits of solar energy to their bottom line. In fact, going solar is on the fast-track to becoming the norm. Consumers are clearly seeing the advantages that solar panels in San Diego, San Bernardino, Riverside and Orange County bring.

Here are the top three reasons that solar panels have gained popularity:

The solar industry is booming as of late, mainly due to the increase in demand leading to competitive pricing industry-wide. This decrease in pricing has dispelled any myth that going solar is just too expensive. Instead, homeowners are not only pocketing thousands in savings year over year and adding value to their home, but are also helping out the environment.

Additionally, consumers are more environmentally mindful of the products they purchase, wanting to do their part in making the planet better. Renewable and clean energy sources, such as solar energy, lends support to this cause by reducing our carbon footprint and promoting a greener and cleaner environment. It can be said that going solar goes hand in hand with going green.

Not only is the pricing for solar panel installation more affordable than ever before, but the government also has a hand in the rising popularity of solar panels in San Diego. Recently, the government extended the Solar Investment Tax Credit (ITC) for the next five years.

This extension until 2023 makes its easier and more cost-effective for consumers to invest in solar energy for their homes and businesses. Truthfully, ITC can dramatically cut the cost of solar panel installation, though many consumers pay little to nothing out of pocket by opting for a solar lease or power purchase agreement.

Simultaneously, because of ITC credits, deductions and rebates, demand for solar panels in San Diego and across the U.S. has soared, and solar installation companies are able to reduce their fees while still being profitable – a win for the industry, consumer, and the planet.

Solar panel installation is not only rising in popularity because of the ITC incentive, but because corporations and investors are becoming more conscious about the importance of clean energy, and the cost-effectiveness of solar panels makes this an attractive option.

Companies are supporting the clean energy revolution, realizing that it directly affects their bottom line. By using clean, green energy like solar panels, they lower overall operating costs, even passing on these savings to their customers.

Not only does solar panel installation lower household and business utility costs and makes the environment cleaner, it also creates jobs. It has been estimated that solar industry jobs grow at a rate twelve times faster than that of the oil and gas industry.

According to the Solar Foundation’s Solar Jobs Census, jobs in the solar industry have increased by twenty percent nationwide. Specifically, the industry has seen astonishing year-over-year growth since 2012, with over 35,000 jobs added alone in 2015, bringing the total number of jobs to 208,859. The census also reported that solar panel installer was the fastest rising job in the solar energy sector.

All of these factors and benefits have no doubt led to the rise in popularity of solar panels.

And solar panels in San Diego are no exception to the growing interest in solar energy. Because of the warm weather and over 250 days of sunshine a year, solar energy in San Diego is a great decision. Interested in going solar? Work with one of the best solar companies in San Diego — Baker Electric Solar.