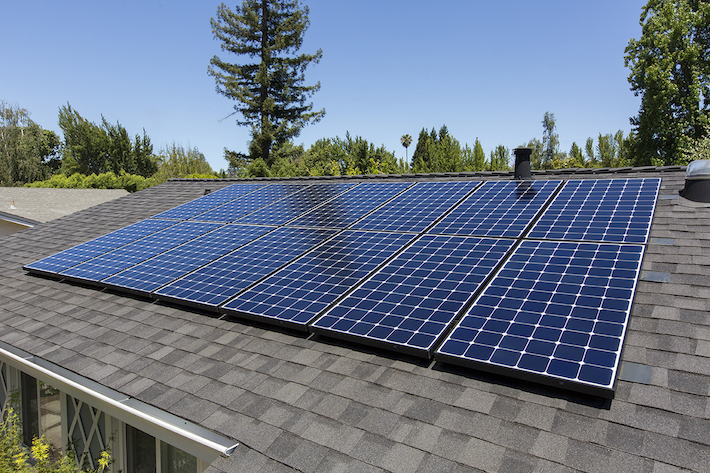 If you’re a San Diego residential solar panel user, or you’re thinking of becoming one, take note: the rules of net metering have changed.

On June 29, San Diego Gas & Electric became the first of three large investor-owned utilities in California to hit a state-mandated cap on net-metered solar power systems. Net-metered systems track the amount of excess electricity generated by residential solar panels that the utility buys from its customers.

Under the new rules, called Net Energy Metering 2.0 or NEM 2.0, SDG&E will continue to credit its residential rooftop solar customers for extra energy they deliver to the electrical grid, but new fees imposed by the utility will raise some electricity bills.

Nobody likes new fees, although industry analysts say the news isn’t all bad. Current San Diego residential solar customers won’t see changes for 20 years, thanks to a grandfathering arrangement that keeps their participation in the original version of the net-metering program intact. New residential solar customers, will pay a one-time connection fee plus contribute to public solar energy participation programs.

Experts predict the new fees are small enough to avoid a slowdown in residential solar panel installations in San Diego.

Bernadette Del Chiaro, executive director of the California Solar Energy Industries Association, says the differences between the first iteration of the net metering program and NEM 2.0 will have little overall impact on residential solar sales. Del Chiaro says, The California Public Utilities Commission, which approved the changes of NEM 2.0, successfully struck a balance between charging new fees and disrupting a growing market for residential solar power.

“The California solar industry is primed and ready to step up to the plate and do its part to lower costs so that consumers feel no difference between the two different programs,” Del Chiaro told PV Tech, a solar industry news outlet, in late June. “If anything, we anticipate a return to growth as more consumers realize that NEM 2.0 isn’t a threat to the economics of solar and that now is just as good to go solar as ever.”

Net metering is basically a billing mechanism. It represents a give-and-take agreement between homeowners who use rooftop solar systems and utility companies like SDG&E. When a residential solar panel system generates more energy than is used by the home, the surplus electricity is delivered to the grid. The utility credits homeowners for the extra energy produced.

For utility customers who use rooftop solar systems, the two-way process of net metering accounts for time of day and power use. Taking full advantage of available sunlight, residential solar panel systems tend to generate extra energy during daytime hours. A net meter allows the “sale” at retail rates of the unused energy. At night or during rainy or cloudy days when solar production drops, residential solar users rely on the grid for some of their electricity needs; they then “buy” electricity from their utility company, also at retail rates.

Net-metered billing occurs seamlessly. When surplus electricity is generated, a homeowner’s net meter runs backward as credits are issued by the utility company. When electricity is used from the grid, the meter runs forward, recording the amount of grid-based electricity consumed.

Each year, a reconciliation process occurs between the homeowner and the utility company. This process determines whether a home has used electricity from the grid that isn’t offset by any extra energy it has generated, in which case the homeowner will owe money to the utility company (in addition to meter service and other set monthly charges). When a home generates more power than it uses over the course of a year, the utility will pay the homeowner the wholesale value of the unused kilowatt-hours.

The NEM 2.0 rules leave the basic structure of net metering in place but change fees for net metering in three ways. SDG&E groups these changes under what it calls the “NEM Successor Tariff,” or NEM-ST. New solar panel users under the NEM-ST rules will:

California’s Public Utility Commission views NEM 2.0 as a temporary change. As the state moves to TOU rates by the end of the decade and explores emerging models of solar energy delivery, such as distributed energy resources, NEM 3.0 will take shape.

In the meantime, a switch to solar continues to make good financial sense for San Diego homeowners. Even with NEM’s minimal fees, residential solar power installations reduce homeowners’ electricity costs — by up to thousands of dollars each year. Plus, federal incentives that offer a one-time, dollar-for-dollar reduction in federal income tax of 30% of the total cost of a new solar panel installation remain in effect until the end of 2019.

At Baker Solar Electric, we’ll continue to monitor and report policy and other developments that affect San Diego residential solar customers. We’re also happy to help you with questions you may have about net metering and the NEM 2.0 changes. Contact us for more information on commercial or residential solar in San Diego.