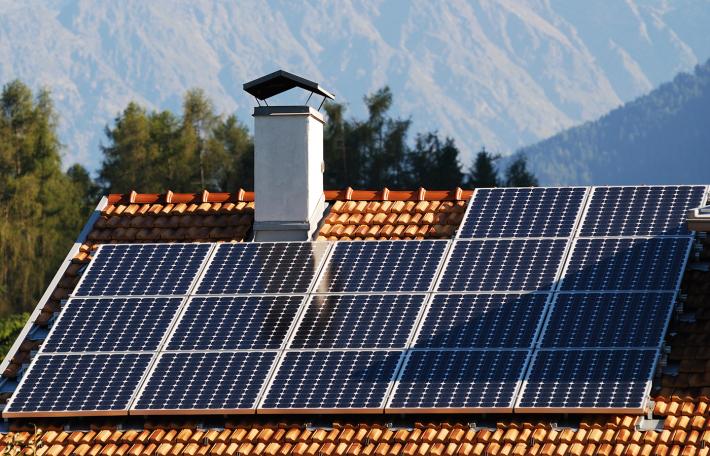 Every hour, shade is responsible for the death of thousands of kilowatt hours worldwide. Electricity that solar panels desperately wantto create isnever generated, and its all shades fault.

Maybe its the dead leaves that have fallen onto your solar installationor the oak in the front yard that keeps growing taller, but something has you scratching your head and asking, Whats going on? as you look at your system monitoring.

If youve noticed a dip in production lately, keep reading.

Solar panels create electricity in the form of Direct Current (DC) the moment the solar cells are in sunlight. Your home utilizes Alternating Current (AC) and so, power created by your solar panels must be changed. This is where inverters come in. Inverters change DC to AC. They vary in size and capabilities and are usually mounted near a homes electrical panel.Depending on the size of the solar system, any number of inverters may be needed, but in most cases 1-2 inverters are used.

String inverters are called such because when used, a solar array is essentially broken up into small subgroups not physically, but rather by their output called strings. Inverterstreat an entire stringas one massive panel.

Because of this, its important that shade not be allowed to affect a solar system when string inverters are used. If one panel is affected byshade, its diminished output will be reflected inthe entire string.

For example, if one panel in a string is partially shaded and its output drops dramatically (say 20%), then the entire strings output is diminished by 20% even if the other panels are not shaded.

This may seem like a no-brainer, but youll want to keep your solar array free of debris. Large amounts of leaves or animal droppings, or that Frisbee you threw way too high, will cause a drop in production when left on your solar installation.

Dust and dirt can be a problem too, especially here in San Diego where we get a dismal amount of rain each year. When possible, giving your solar array a quick rinse with the hose can be beneficial to its production.

Keeping trees and other production-killing, shade-generating culpritstrimmed is also necessary. During the design phase of your Baker solar installation, surrounding trees and shade were considered, but trees grow and may need to be trimmed back so that your solar panels can suck up all the sun they need.

It's worth noting that if shade is going to be a problem due to dormers or chimneys, there is an inverter manufacturer, SMA, that has a special string inverter that isdesigned to handle shaded panels more efficiently.SMAs proprietary shade management technology, OptiTrac, ensures that areas of shade on your roof have a minimal impact on your systems performance,and allows the SMA inverter to serve as a potential option over microinverters or power optimizers, which can be costly.

Interested in going solar? Give us a call today! Our Solar Energy Consultants are ready to help get you started!