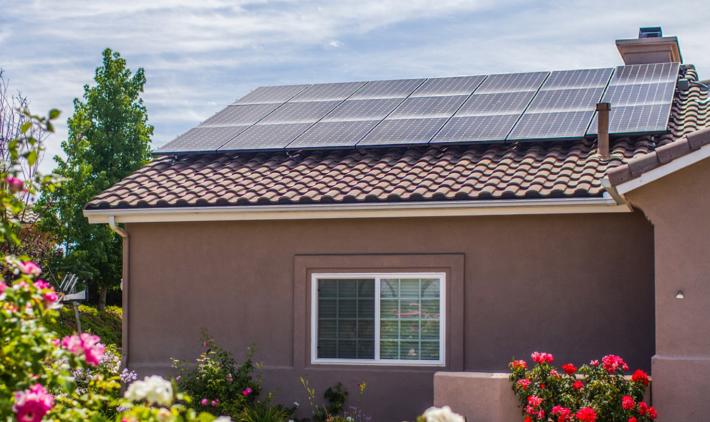 According to Bernadette Del Chiaro, executive director of the California Solar Energy Industry Association (CALSEIA,) the battle to defend net energy metering and its benefits to consumers has begun in earnest inside the California Public Utilities Commission (CPUC). The pedal is hitting the metal. Over the coming months, the CPUC will address the next version of the current net energy metering (NEM 1.0) program for eligible home solar power customers.

At this point in time, Net Energy Metering 2.0 details are an unknown. But experts speculate that financial benefits to home solar power customers will be threatened. One of the key ways solar supporters can voice their support for keeping the rules fair and equitable is to reach out to the CPUC and local government officials—now.

Q: What is net energy metering?

MT: You get an electric statement every month that details your production and usage. The utility also charges all home solar power customers a monthly fee for connection and grid infrastructure maintenance. However, you don’t pay for any electricity until the 12-month anniversary of your home solar power system going live. Ideally you will break even or reach — as we call it in the industry – “net zero” at that time.

Q: What are key benefits of net energy metering?

MT: With net energy metering 1.0 you are basically enjoying close to full retail credit rates (price per kilowatt hour) for the electricity you are generating and providing to the utility company. To maximize this benefit, homeowners will want to install a solar system that is as close to equal the electricity they typically use per year. For example, if you historically use 13,000 kilowatt hours per year, you want a home solar power system that generates 13,000 kilowatt (or as close as possible) hours per year. In this case, at the end of your 12-month period your net energy metering reconciliation would be “net zero”. It is generally not beneficial to “overproduce” for the year as the utility company will pay only wholesale rates for that overproduced energy.

Q: What does the future hold for home solar power and net energy metering?

MT: That’s the frustration. We don’t know for certain what the future hold for home solar power and net energy metering. However, here’s what we do know. California State Assembly Bill 327 was passed on October 17, 2013. The bill was authored by Assembly Member Henry Perea (D-Fresno) and signed by Governor Brown. This residential rate reform bill put the wheels in motion for net energy metering 2.0 and proposes the following: a doubled connection fee; 10-year limit on frozen rates for homeowners who consume low amounts of electricity; allows the utilities to increase rates for lower usage customers while reducing rates for higher usage customers; and it directed the CPUC to determine this year how customers who go solar after net energy metering 2.0 will be compensated for the power they export to the grid. This compensation is the big question and concern because net energy metering 2.0 will likely reduce the financial benefit home solar power customers currently enjoy. We just don’t know what that reduction will be.

Q: When will the new net energy metering program begin?

MT: Net energy metering 1.0 will end for new solar customers when the utilities reach the program cap. The cap will be reached when 5% of customers are generating power from alternative energy sources including both solar and wind power. For SDG&E Territory, this equates to around 250 megawatts of remaining solar that can be installed and connected to the grid under current net energy metering rates. Experts are predicting the cap in SDG&E territory could be hit late 2015 or early 2016. Once capacity is met, the CPUC will enact new the net energy metering 2.0 rates. Note: Anyone who installs and commissions a PV system before the cap is reached will have their better net energy metering 1.0 rates grandfathered for the next 20 years and receive net energy metering 1.0 benefits for energy they produce.

Q: Baker Electric Home Energy is committed to fair use of your solar energy meter.

MT: It’s essential to preserve and expand net energy metering in order to build on California’s solar momentum. Piggybacking on CALSEIA efforts, Baker is passionate about taking the net energy metering policy issues to the street. From public appearances to its “Support NEM 2.0” page on its website, our solar company is investing time and funds to educate Southern California consumers and provide easy ways for them to voice support. Baker is urging the CPUC to maintain the current net energy metering rates and is discouraging excessive new fees. The cost and unlimited usage benefits of solar are undeniable. Our goal is to give all Southern Californian families the right to choose how they generate and use their electricity.

Q: How can California voice their support for fair net energy metering?

MT: Currently the CPUC is reviewing all stakeholders’ proposals regarding what net energy metering 2.0 might include. Investor Owned Utilities (IOU) proposals generally include a switch to a two-tiered rate structure. Other stakeholders have countered with other proposals. There’s still time for the public to be heard in their support of net energy metering. It’s critical that as new rules are drafted that net energy metering 2.0 continue without excessive new fees. Let’s help California continue to harness the power of the sun—powering us to a clean energy future.