Are You a SCE Customer and Considering Solar? Here’s Why You Need to Act Fast! 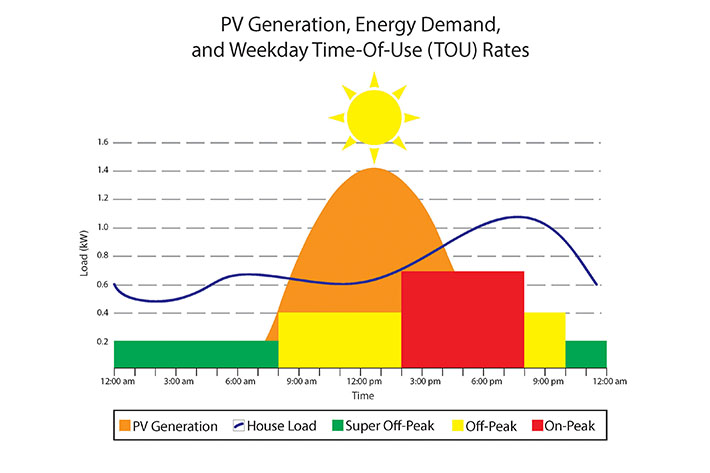 Changes are coming soon to the way solar customers are billed by Southern California Edison through a mechanism called net energy metering (NEM). The financial benefits of the current program (NEM 1.0) are projected to end in July of 2017. So lock in savings for the next 20 years by going solar now!

So What Is Net Energy Metering?

Net energy metering is the billing device used by utilities for solar customers. When your solar system produces more electricity than you’re using at the moment, it goes to the utility grid to be used by someone else. When this happens, the utility gives you “credit” for all of the excess electricity you’ve generated. Your system produces energy during the daylight hours, so this is likely when you’ll have excess energy that’s later credited back to you when you need it at a different time (such as at night). The “credits” you receive back from the utility roll over from month-to-month, so you can use the credits you received in the sunnier months during fall and winter. All this can be tracked with your home energy monitor that comes with your solar system.

Utilities send their solar customers an electric statement every month that details production and usage. In this statement, the utility will also list the monthly fee for connection and grid infrastructure maintenance. However, you don’t pay for any electricity used beyond what your solar system produces until the 12-month anniversary of your system going live. Ideally, you will break even or reach — as we call it in the industry – “net zero” at that time and owe nothing.

With net metering 1.0, you are enjoying full retail credit rates (price per kilowatt hour) for the electricity you are generating and providing to the utility company. While SDG&E territory has already transitioned to NEM 2.0, SCE has yet to move its customers to the new billing system but will in less than 12 months.

Why Does The Net Energy Metering Program Have To Change?

Utilities have until July of 2017 to reach their 5% cap, and if the cap is not met at that time, the NEM 1.0 program expires and 2.0 goes into effect.

Can You Still Get Into The Current Net Metering Program?

It is unlikely that SCE will meet this 5% cap before the deadline, so a solar customer who signs up before the expiration date in 2017 still has time to be grandfathered into the more favorable NEM 1.0 program.

Why Does It Matter Which NEM Program You’re In?

However, once NEM 2.0 takes effect in SCE territory, all new solar customers will be on what’s called a “time-of-use” (TOU) rate structure.

This means that if your solar system produces 1 kW of electricity that is sent back to the grid at 10 AM, for example, you’ll receive 28 cents of credit. If your home then pulls that same 1 kW of electricity from the grid at 8 PM (when the sun has gone down and your solar system isn’t producing power), you’ll be charged 44 cents for the energy you draw.

So if you send power to the grid during what is considered “off-peak” hours, you’ll only receive about half of the energy back when you need it during “on-peak” hours. Under this time-of-use structure that takes effect under NEM 2.0, you don’t receive the same amount of power back from the grid that you produce when you’ll likely need it the most. So to optimize your solar investment, it’s critical for customers to switch to solar as soon as possible. The anticipated deadline is approaching fast and if you hesitate too long you will invariably miss out. Switch now before it is too late.

If you go solar before NEM 1.0 expires, you won’t have to worry about time-of-use or not receiving equal credits for what your solar system produces for a long time. Customers who go solar under NEM 1.0 are grandfathered into the program for the next 20 years!

Don't wait any longer, especially If you live in the SCE territory and you’ve been considering solar for a while now. While solar will still be financially beneficial under NEM 2.0, we wouldn’t want you to miss out on the considerable perks of NEM 1.0.